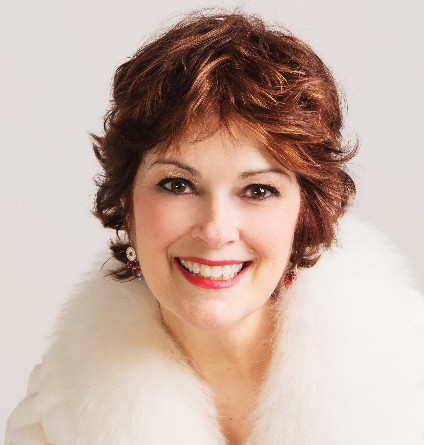 Jennifer Larmore is an outstanding American mezzo-soprano, well known for her versatility, natural beauty, and stagecraft. This artist has a wide-ranging repertoire, having begun with the coloratura roles of the Baroque and bel canto then adding  music from the  Romantic and Contemporary periods.

She began her career at Opera de Nice in 1986 with Mozart's La Clemenza di Tito and went on to sing at virtually every major opera house in the world, including the Metropolitan Opera, La Scala, Paris Opera, Berlin Deutsche Oper, and London Covent Garden.

Jennifer’s repertoire has expanded recently to include new roles such as the “Countess Geschwitz” in Berg's Lulu which she debuted to great success at Covent Garden in the Christof Loy production with Tony Pappano, then again in Madrid and Paris Opera Bastille;  "Kostelnička Buryjovka"  in Janacek's Jenufa with Donald Runnicles at Berlin Deutsche Oper;  “Lady Macbeth” in  Verdi’s opera Macbeth, a role she debuted in a striking new production of Christoph Loy at the Grand Théâtre de Genève and subsequently in Bologna for the opening of the season in a new Robert Wilson production; “Eboli” in the French version of Don Carlos at the Caramoor Music Festival in New York with Will Crutchfield and “Jocasta” in Stravinsky’s Oedipus Rex at the Bard Festival. She reprised the role of  "Gräfin Geschwitz" in Berg's Lulu in a new production of William Kentridge with Lothar Zagrosek conducting for the Dutch Opera and most recently debuted the role of  "Mère Marie" in Les dialogues des carmélites at the Caramoor Festival, New York. She went back to her roots with "Ottavia" in Monteverdi's l'Incoronazione di Poppea at the Theater an der Wien in October 2015 and will return to that theater for her debut in the role of "Elvira" in Mozart's Don Giovanni for December 2016. She will debut the role of “Marie” in Berg’s Wozzeck at the grand Theatre de Geneve in march 2017 and sing Berg’s “LULU” at the Opera di Roma in May 2017.

Miss Larmore, in collaboration with the double bass player Davide Vittone, has created an ensemble called Jennifer Larmore and OpusFive. The three programs they offer are entertaining and varied with Songs and Arias, Cabaret/Operetta and Movies and Broadway which feature string quintet and voice. They have given concerts in Seville, Pamplona, Valencia, Las Palmas, Venice, Amiens, Aix en Provence, Dublin, and Paris.

In 2002, “Madame” Larmore was awarded the Chevalier des arts et des lettres from the French government in recognition of her contributions to the world of music.

In addition, to her many activities, travels, performances and causes, author Jennifer Larmore is working on books that will bring a wider public to the love of opera. Her new book "Una Voce" is available at Barnes & Noble, Amazon, and Lulu.com and explores the world of the performer.

Lesson single: You can inprove arie and opera that you submitted. At the Master class can study only dieci singers.. At the end of the MasterClass, on Saturday 22 nd of April at 4:30 p.m. there will be a Final Concert in the Aula Magna of the Turin University.

Payoff: € 250 cash during the first day of the master